You guys know that I love my wrap ups and even though I haven't done a lot this week, I figured I'd do one anyways!

I have a few ideas and I also have a bunch of notes for some of them. I just need to get it together! 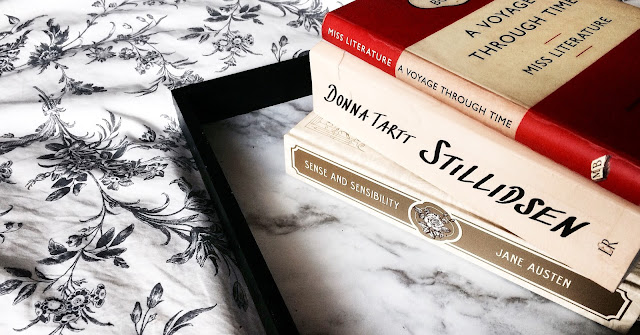 Luckily I haven't fallen in to a massive slump, just a tiny one due to The Goldfinch and the fact that the only other book I've been reading have been a classic. Don't get me wrong, I love my classics, but I like to take my time and read them slowly so they're not good for slumps.

I finished The Goldfinch on Thursday and I'm honestly quite proud of myself! I can't believe I managed to get through it. I had high hopes for it since it is quite a big book AND it has received The Man Booker Prize and a lot of other awards and prizes. Unfortunately I didn't enjoy it nearly as much as I'd hoped.

I picked up The Wondrous and the Wicked (The Dispossessed, #3) this morning and I'm really enjoying it! This series is so much fun and I love that it is set in Paris! You can read my review of the first book, The Beautiful and the Cursed here.

Even though I forgot to snap a picture of The Shamer Chronicles 3+4 I'm also reading that one today! I love reading multiple books at once and since The Wondrous and the Wicked is an ebook I figured a physical one was in order! 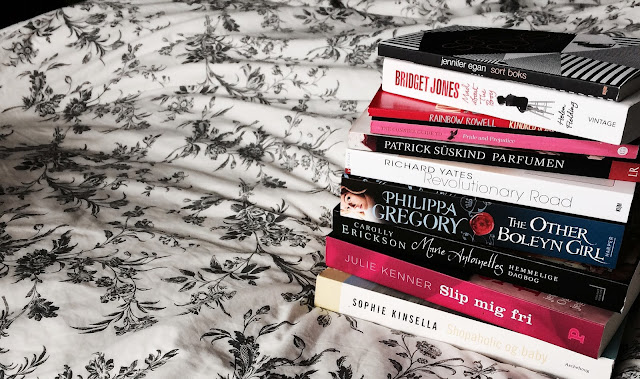 I've not been good this week! I feel like March is always the month where I buy a thousand books! At least they've been cheap and I also unhauled 15 unread books from my shelf and a handful of read books I didn't enjoy or aren't going to reread.

I went to a city called Kolding where I bought a couple of books and got one for free in exchange for another book. I also visited a local thrift store which always had a good amount of books and lastly I received the last of my birthday gifts! All in all 10 books!
I'm so happy I found the fifth book in the Shopaholic series so now I'm just missing the third and the newest one which isn't released in Danish yet! And since I have the rest of the books in Danish I need to have all of them in Danish!

On discoveries and happenings
Well, a few things happened this week so we're doing bullets!


On the blog
This week

Hope you all had a great week!
Posted by Unknown at 13:02