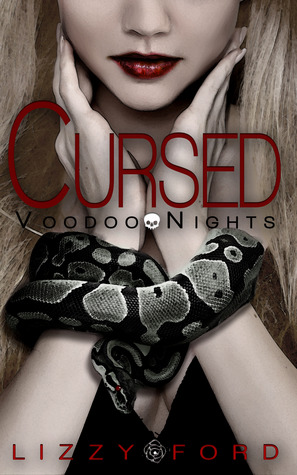 The Red Man is coming...
Five years after her sister disappeared, seventeen-year-old Adrienne finds the strength to return to her father’s home in New Orleans. But soon after she arrives, the mark of a curse appears on her, leaving her worried. Will she be the next victim of a four-hundred-year old family curse ... the next to be claimed by a serial killer roaming the back alleys of the city?

The day before his senior year begins, Jayden is given a skeleton key passed down through his family for generations -- a gruesome remin
der of how his ancestors betrayed their own people and sold them into slavery. He doesn’t believe in the curse the key allegedly bears and puts it away with the intention of forgetting about its message. Until he meets Adrienne, a girl he’s compelled to for more reasons than her beauty.

He’s not the only one who notices her. A man in a skeleton mask and a voodoo gang member are also drawn to Adrienne. One is determined to protect her. The other intends to mislead her. Haunted by the mythical Red Man, all are connected to the ancient curse.

Can they overcome their misgivings about one another and prevent the dark prophecy looming over them? Or will they be lured away from each other by evil’s siren song?

It is not like I have a ton to say about this book, other than I did not enjoy it that much.

I love the cover, it was actually that and the summary that sucked me in. Then I found out that this was the first in a new series and thought that it would be great to start some series (since it is one of my secret resolutions). But I just felt like everything that happened, happened too quickly. Some books generally tend to drag things out and because of that, the book becomes boring. But then again, when stuff happens to easily or too quickly, the book also becomes boring.

I did not really care for the characters that much, I liked Adrienne and Jayden, but then again, I did not really like them. Suddenly they just liked each other? And then there was this love-triangle thing to it that I did not enjoy - I HATE love triangles. Emma was sweet, but we did not see that much of her, so I feel like I can't really form an opinion of her.

When it comes to the voodoo aspect of the book, which was probably my favorite thing in the book, it was intriguing. I really like the idea of being able to read tarot cards, I don't really know why, but those kinds of things have always intrigued me. I just felt like there wasn't enough of it in the book.

I know the thing with her sister in the end was supposed to be a plot twist, but I don't really feel like it made that much of a difference, I was beginning to hate her anyway - also, I feel like it is typical that a sweet young girl fall for the older bad guy... Can we see something else?

One of the things I really liked in the book was the family history - because I really like that sort of things. I feel like having a family history told to you from a book gives the book a certain feeling, you get to know the characters better and overall I feel like it gives deeper meaning to things happening. When you hear about the curse - I mean the whole story about the curse in the end, you get goose bumps.

Since I have very mixed feelings about this book, I have to give it 3 berries.

Challenges: Full House: You love the cover
Resolutions: Read the books from Netgalley / Review all the books I read
Posted by Unknown at 08:00

Email ThisBlogThis!Share to TwitterShare to FacebookShare to Pinterest
Labels: Fantasy, Paranormal, Review, YA