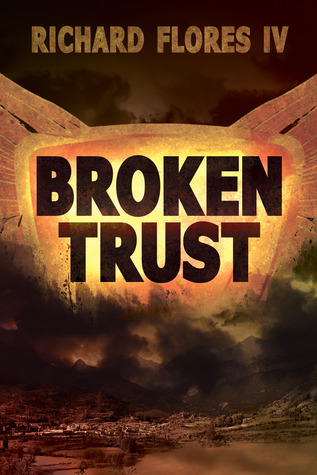 Earth is no longer teeming with human life. After a major mass extinction event, the world is no longer able to function as it once had. Governments have collapsed and those that survived are left to figure out what is next for the human race.

Liam Fisher never wanted to be a leader. But after finding survivors, protecting them, and founding the city-state of Lagoon Hills; the people demanded he be their leader. Instead, Liam agreed to sit on a Council with four other leaders.

Together with Talya Brooks, the person who saved his life after the collapse, Liam runs the militia of Lagoon Hills. And though it was tough early on, the people of the city now live in relative comfort and safety.

But Liam is fighting his own personal demons: The loss of his wife and unborn son. Rachel, a past lover he never really got over, has suddenly arrived at the city gates. And the mounting stress of a neighboring city-state threatening war.

The people of Lagoon Hills are counting on Liam for their safety. Can he keep himself together and be the leader everyone wants him to be? Or will the people closest to him be the greatest threat of all?
This was actually quite interesting, I enjoyed the setting quite a lot since it's practically post-apocalyptic but without zombies and aliens - just humans, nothing paranormal or anything. Going into this book I didn't know that but it turned out to be a sweet surprise.

I enjoyed the characters, there weren't any teenagers either - which was a nice change, but this is an adult book so teenagers aren't a must. I liked the naturalness of the relationships, conversations didn't seem forced and the feelings didn't seem fake, things went with the flow and since the book followed the flow as well (sometimes fast-paced other times slow-paced) it was such a joy reading this book.
I loved that the pace was both fast and slow, it kept me awake because I wanted to finish it and I couldn't just stop in the middle of something and the slow paced parts were a nice change and that's where we got to know the characters and see how their relationships evolved and what really was going on.

I will not lie and say I didn't have any problems with this book - 'cause I had; I always felt as if something was missing, not that it wasn't great, but I felt like some of the characters were so flat they were almost see through, and I had a problem with not knowing how and maybe why things had turned out as they did - why was the Earth not suitable for humans anymore? And since this is a standalone we will never know..

I had to give this book a 3 heart rating, it's a great onetime read, but since this is lacking in the history department - which is one of the things I enjoy most about books - I had to bump it down a heart. But I still recommend it though, I think I read it in a day or so - which means it's very intriguing and captures you.

This excerpt is the first half of chapter 2
Liam stood looking over the map of the area that was laid out over the oak table in the middle of the security tent. The massive tent was large enough to hold large meetings, but right now it was just him, Talya, and a few advisors.

All the giveaways for the book are right here
Posted by Unknown at 07:00