Top Ten Tuesday is as usual hosted by the girls at The Broke and the Bookish. This Tuesday it is all about our resolutions for 2014 - I have chosen to only do bookish, since I have quite a few of them.

The first one is to read 50 books - whether it will be ebooks or physical copies don't matter, as long as they are books. Graphic novels, short stories, novellas and such do not count towards this one.

I do not read that many classics, so I want to read a few this year - at least one of them will probably be by
Austen...

I want to read some of the books I already own, since I got nearly 20 books for Christmas, I have a lot unread books on my shelves and there is some packages in the mail for me as well.

There is an exception for this one, if the book is in a series, then I will not review it until I have finished the series, and then I will do a series review instead.

Since I have a great local library I figured it was time to use it a bit more - and also spend a little less on books, since I want to buy some new stuff for my room and maybe some new clothes. And this way it will not do any harm, since I still get to read all the books I want - it is just free instead.

Since I always tend to read YA contemporary or horror books, I want to read something else. I really like reading fantasy - I just don't do it very often.. But I will chance that! I just got the first 3 books in the Mistborn series by Brandon Sanderson, and that is fantasy!

I really like read-a-thons, whether it is weeklong, 3 days or 24 hours - it is just a ton of fun. And since I know there is a read-a-thon in January, April, May & August - I have a great selection, and I already know I will participating in the one in January.

When I discovered Netgalley, I went a little crazy. I have 7 left, so it will not be that big a challenge - but I will complete it!

I love reading and I love to write, so a dream of mine has always been to write a book. I will not set that as a resolution though. I just want to write a story, whether it be 5 or 50 pages - as long as I write something I am proud of. - I could actually also turn that into a mini-series!, that would be interesting... Let me know if you think turning my story into a mini-series so you all can read it, is a good idea!

Teaser Tuesday is hosted by MizB at Should Be Reading. Want to join? All you have to do is grab your current read, flip open to a random page and share a non-spoiler teaser. Easy, right? Then just write it in the comments or make your own post and put the link in the comments. - But I like to share 2 teasers instead of one.

I am currently re-reading Alice in Tumblr-land by Tim Manley, I read this during October and November with my sister, but I never really paid much attention to the stories or made a review - but that will change now!

These teasers will be a bit different because of the way the book is written. Every page is a new story, so instead of 2 teasers you get 2 actual stories from the book. How about that? 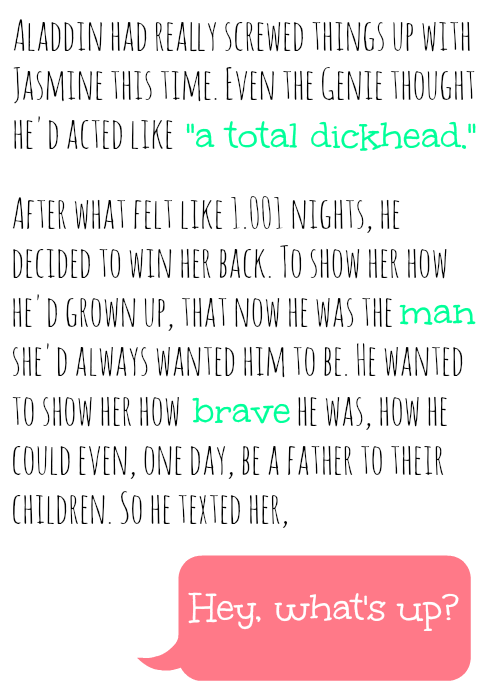 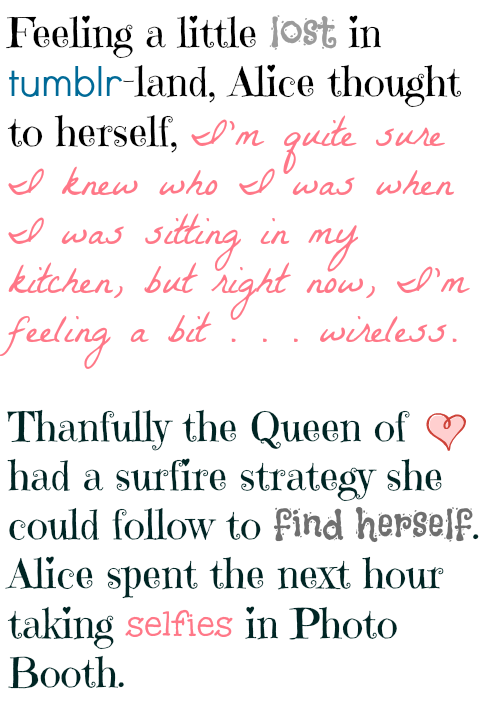 Remember to share your teasers and top tens in the comments below!