Wrap up for July

I feel like time is flying by way too fast, last month I graduated and today I'm going to find out whether or not I'm going to uni in August or September. I have no idea if I'm ready to go to uni or not but it's the perfect way to get where I want to be - in the publishing business. But more on that another day!
I think it's safe to say that I read a lot this month, I participated in the cramathon readathon where I read a total of 7 and a half books but other than that I just relaxed and read whatever I felt like! I managed to read a total of 18 books this month and 5 short stories, novellas and graphic novels.

Things that happened
It's not like I can say a bunch of stuff happened in July, because even though time has flown by I didn't do that much. BUT a lot of what happened was quite important!

July book haul!
I didn't actually buy any books in July, but I received 3 books for review: 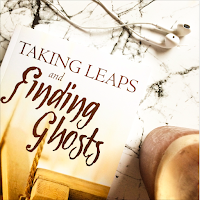 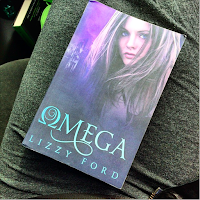 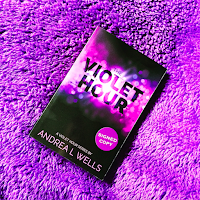 Email ThisBlogThis!Share to TwitterShare to FacebookShare to Pinterest
Labels: Monthly Wrap Up

A couple of months ago I stumbled across a manga classic on Netgalley, an adaptation of Les Miserables. Les Mis is one of my favorite movies of all time and I knew I had to pick it up the moment I saw the Manga adaptation of the story. I then realized there was more of these adaptations and now that I've read all of them I want to share them with you guys!
In case you haven't realized by now; Manga Classics is the classics in manga format - and it's fantastic!

It's not like I've read all of the original classics, of these I've actually only read Pride and Prejudice and Emma but I know the general story of The Scarlet Letter and Les Mis. I had no idea what Great Expectations is about so that might be why it's my least favorite of them all.
Emma and Pride and Prejudice is definitely my favorites but Les Mis is also up there!

I absolutely love the illustrations in them, it's such a fun way to read, or reread, the classics. I feel like they stay true to the classics and even though you can't include everything in a graphic novel they included every thing they could - which is why they're about 300 pages each!

So, if you're looking for something new to read and want to change things up a bit, then try the Manga Classics. They're definitely worth it!

Manga Classics may be one of my favorite discoveries of the year! And I wish everybody knew about them!
Posted by Unknown at 06:00 2 comments:

#ARCAugust is hosted by Octavia and Shelly at Read.Sleep.Repeat. It's a month, obviously August, where we read all the ARC's we've received, whether it's physical or digital. I'm going to do as I did last year where I basically read any book I'd received for review. I now the rules say it must be an ARC, but since I'm not going to participate in the giveaways or such I hope it doesn't matter.
I really just need some motivation to get through all my books for review and ARC August really helped last year!

I've created a TBR down below and it's divided into two sections: released and not released. The books which are releasing in August is obviously high on the TBR but other than that I'm probably just going to read whatever I want from the books below.

Yet to be released
Black Cairn Point by Claire McFall (August 6.)
The Monkey's Secret by Gennifer Chlodenko (August 6.)
Trouble is a Friend of Mine by Stephanie Tromly (August 6.)
Monsters by Emerald Fennell (September 3.)
All the Things We Never Knew by Sheila Hamilton (October 13.)

Already released
ARCs
Rite of Rejection by Sarah Negovetich (December 4, 2014)
The Gospel According to Drew Barrymore by Pippa Wright (March 26.)
Moonlands by Steven Savile (April 17.)
Uprooted by Naomi Novik (May 19.)
Because You'll Never Meet Me by Leah Thomas (June 2.)

So, there's a total of 14 books on my TBR and even though it is quite big I read 20 books this month so it can be done!

I haven't been participating in Top Ten Tuesday in a long time now but I want to start participating again! I love making lists and I love books so bookish lists are perfect!
Top Ten Tuesday is hosted by the lovely girls at The Broke and the Bookish every Tuesday! Today it's all about our favorite fellow booknerds in books and this subject is right up my alley, I love reading books about books and I love it when a character loves books!

Francis from Birdy (review)
I just reviewed Birdy and I'm sad to say I didn't enjoy it but I liked Francis, at least I liked some of her character quirks, and I love the fact that she's a reader! She has to hide some of the books she reads for her grandmother because she won't approve of her reading certain books. The fact that Francis loves books might have saved her from being one of the worst characters ever..

Dash and Lily from Dash & Lily's Book of Dares
I read this in December 2013 and I just remember loving every part of it! Lily's brother leave a notebook with dares in a bookshop and Dash finds said notebook and they keep leaving the notebook for the other to find with new dares. It's a more wintery read but I loved the bookish aspect of the book!

Veronika from Veronika Decides to Die
Veronika is definitely a book lover! Instead of going out and enjoying life she prefers to stay inside and read books! Oh, and this book is phenomenal!

Hadley from The Statistical Probability of Love at First Sight (review)
Both Hadley and her dad are book lovers, I remember Hadley carrying a copy of a book from Charles Dickens in her bag which her dad gave her. I absolutely loved the story and the fact that Hadley loves reading just made it better!

Celaena from the Throne of Glass series
Phenomenal series with a badass character who loves to read - can it be better?

Hope and Issy from We Are All Made of Stars (comes out in October)
At the time of writing this I'm still currently reading We Are All Made of Stars. Issy has cancer, Hope has cystic fibrosis and both are avid readers! Even though both of them know their lives aren't going to be that long they still prefer to stay inside and read!

Cath from Fangirl
She's a fangirl, she writes fan fiction and is one of my favorite characters ever! I love Cath. If you haven't read this you've been living under a rock, it's phenomenal!

Linda from Beastly
So Kyle, the beast, buys her an entire library because she loves to read.. Who else want that *raises hand*

I've always loved being organized but when it comes to my blog I've always just gone with the flow and posted whenever I felt like it, but that's going to change!

I've printed a blog schedule and a bunch of other printables and I really hope it helps with organizing the blog posts and how the month are going to be. If it works I'll probably make a new series called blogging 101 where I share a bunch of tips and tricks!
But let's start talking about the changes:

Weekly Memes
I wanted to begin doing some weekly memes again and I, of course, chose to begin Top Ten Tuesday once again and I found some 'new' ones I want to give a go: Sunday Post and Book Beginnings. On my search for memes I wanted to try I also found the Reading Que, which is a monthly meme with our TBR for the coming month so I'm also going to participate in that one.

General changes
I also want to post more fun posts - these past couple of months I feel like I've only written reviews and I don't want to only post reviews. There's still going to be a review a week but there's going to be some other type of posts.

I'm going to start keeping track of my ARC's and review books because I've been quite bad these past few months and totally forgot to keep track but I have created a board on Trello so I can now keep track of which book is the next I need to read.
The reviews will then be posted as close to the release date as possible! Which means I've pushed some reviews back a bit and they're now going to be published within a few days of their release date or on the release day itself.

I'm still going to make monthly wrap ups, and now I'm going to do a proper monthly TBR with Reading Que so the beginning and end of the month are quite clear!


I think that's it for now, let me know if you think I should change anything else!
Posted by Unknown at 06:00 4 comments: